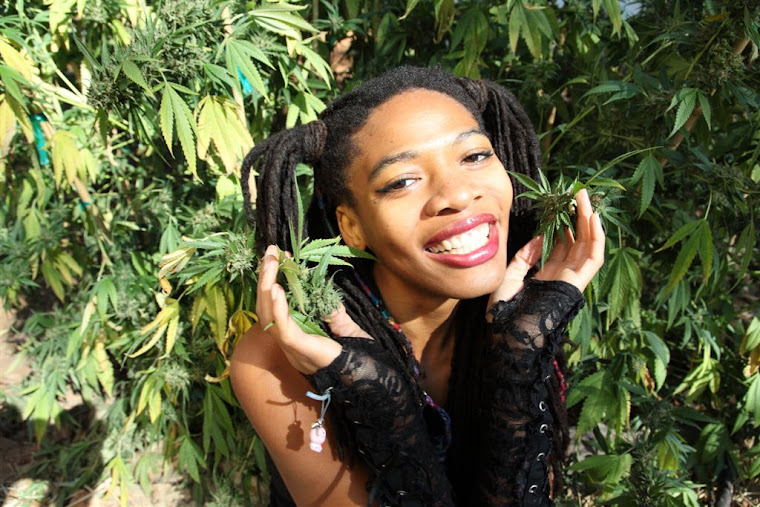 This rare and exotic high sativa strain caught the attention of Northern California chronnoisseurs when it was the uncontested favorite and unanimous winner of the 2009 Earthdance Cannabis Cup, standing out among other quality strains such as DJ Short’s new Vanilla Luna strain. Earthdance is a music festival that takes place in Humboldt County at the end of every summer, and Harborside Health Center sponsored the friendly competition. Of the dozen or so entries, Dr. Walker’s Daze left an impression from the dry hit alone. Participants who had been chatting suddenly interrupted their conversations to comment on the pungent, unique, spicy taste before the joint had even been blazed. And when we blazed, we were dazed and amazed.

Dr. Walker’s Daze was destined to remain in obscurity, an elite strain reserved only for the seasoned chronnoisseur, until one retiring pot enthusiast passed his collection on to a talented and well-respected grower. This grower undertook the painstaking process of growing the plant from seed, and nurtured it with the level of care usually reserved for a mother and her newborn child. 12 weeks later, Dr. Walker’s Daze was resurrected, just in time for the Earthdance Cannabis Cup.

DW Daze is a natural anti-depressant and an instant mood enhancer. Whatever your initial frame of mind, puff, puff, pass and you’ll be giddy with giggles, stuck with a case of the warm fuzzies, basking in the sunshine of euphoria. This uplifting sativa strain turns rainy days into rainbows, and has a distinctly energetic effect. You’ll take on even the most mundane activity with happy alertness. And you’ll have the energy and motivation to actually do what you planned that day. Smoke it when you have the freedom to just hang out and enjoy the high and you’ll quickly find you have a smile on your face for reasons you can’t quite remember.

Can’t find Dr. Walker’s Daze? After all, it is the kind of rare strain you’re more likely to find in some chronnoisseur’s radical head stash than anywhere for sale. But worry not; I have personally taken it upon myself to smoke a joint of it (rolled in a raw, unbleached paper to limit taste-contamination) to get you vicariously loaded. And don’t just take my word for it. In order to bring you a diversity of reactions to this fine herb, a private cannabis cup was held somewhere deep in the redwoods in which a select panel of chronnoisseurs convened to evaluate the effects of Dr. Walker’s Daze and other strains. It was the first joint of the competition, toked on a clean palate. Prepare to get DW Dazed!

The smell: Distinctive haze smell accented with cacao, cinnamon, and vanilla. Spicy dark chocolate with a hint of pepper in the after-scent.

The dry hit: A deep, rich taste highlighted by a fruity sweetness, a certain spiciness, and again that hint of pepper. Leaves a faint menthol tingle on the tongue. The hot boy I smoked it with is convinced he got high off the dry hits.

The flavor: Classic haze flavor, giving way to mango and a taste of tropical fruit in general, underscored with a subtle spiciness.

The cloud: When the hot boy exhaled, I lingered smiling in the smoke cloud so long I had to be reminded to hit the joint. Its smell was complex, but overall called to mind some exotic wood, like cedar.

The high: Uplifting, alert, and euphoric. We were overcome with a feeling of warm coziness that seemed to radiate from within and which manifested as uncontrollable giggles. It was a full-bodied high that got us so blasted we forgot to finish the joint. And when the hot boy put his hoodie on, he put it on upside-down. Not inside-out. Upside-down. With the hood covering his ass. Dude. That’s how high we got. So high even his hoodie couldn’t tell his head from his ass.

When I got Dazed alone with the hot boy, we didn’t play any music or have any other form of artificial stimulation during the smoke-out and for the duration of the high. We just sat there, or lay there, enjoying every atom of existence, smiling, happy, and content.

The grow: A high sativa, Dr. Walker’s Daze reportedly roots easily and grows vigorously. It can be quite frosty and resinous and has a flowering period of 72+ days. One could say that the high yield makes it worth the long flowering time — but, truthfully, it’s the high itself that makes it worth it.

Dr. Walker’s Daze is sure to be a preferred smoke for even the most discriminating pot snob. If you ever have the good fortune of coming across this epic boutique strain, there is no clearer evidence that the heavens are smiling on you. Obviously, you must’ve done something really rad in a past life. Reward yourself by picking some up. The only thing you’ll regret is that it didn’t cross your path sooner.

You just got dazed. Look for Blue Dream and Massachusetts Super Skunk in upcoming reviews...
Posted by dragonfly de la luz at 5:48 AM No comments:

Blackberry Kush is without doubt one of the most strikingly beautiful strains you will ever see in your life. Drenched in THC and dripping with crystals, it is one of the frostiest varieties on the scene. Covered in bulbous trichomes, the buds sparkle like dank little diamonds. It shines so brilliantly with frost, you almost don't even notice its purple accents. This connoisseur strain features mouth-watering shades of color, ranging from light pinkish-purple to deep red burgundy, often all in one precious nug. It is stunning. It looks more like candy than anything that came from a plant. And it's just as sweet.

Blackberry Kush was created by OrGnKiD, the living legend who was among the first to introduce Kush seeds to the scene. It is a highly-prized pairing of Blackberry x White Rhino crossed with Bubba Kush, and all three of these influences are deliciously apparent. You can taste and smell the sweet fruitiness of the Blackberry and the coffee of the Bubba Kush, and you can't miss the frost inherited from White Rhino.

When a group of seasoned chronnoisseurs convened to sample strains in a private cannabis cup, Blackberry Kush was the last joint we smoked. After a dozen or so other entries, you might expect that the effect would be largely indeterminable. Not so in this case. Blackberry Kush lulled us out of hours of highness into another dimension of highness. The sounds of chronnoisseurs impressed filled the room as we turned to one another wowed and surprised. And that was only off the dry hit!

The smell: On the living plant, Blackberry Kush smells deeply luscious. Concord grape, lavender, vanilla, and sage perfume the nose. Once the bud is dry, a gentle fluff brings up the grape, rose, and raspberry high notes, with a layering of lavender and sage. All of this is cradled by a classic Bubba-esque bottom end that gives rise to a hint of Blue Mountain Jamaican coffee in the after-scent.

The flavor: The signature Bubba Kush taste is only mildly apparent beneath the potent berry flavor. One hit and you'll be basking in grape, lavender, sage, coffee, rose, and raspberry, with a pungent, sweet finish.

The cloud: When we puffed Blackberry Kush, we exhaled dense clouds of vanilla, sage, lavender, and grape. There was a peppery hint of Terrapin culinary spice that lingered, and we also noticed the scent of patchouli in the aroma (perhaps because there were hippies among us?).

The high: I had been pondering getting up to get a drink when I sparked the BBK. Let's just say that drink never happened. Unseen arms extended from the sofa and wrapped me comfortably and cozily in immediate -- hmm, not couch lock, per se; I would call it more of a couch embrace. Blackberry Kush gives a very stony, relaxing, undeniably indica body high, rounded out by a nice accompanying head high. Just a toke or two will give you a good buzz to keep you baked and buoyant without putting you under.

BBK injects every cell with peaceful tranquility, enhancing the simple pleasure of doing nothing at all. A moderate pain reliever, it also helps diffuse feelings of anxiety by putting you perfectly at ease. It is highly introspective; more conducive to daydreaming, meditating, or trancing out than social settings, unless you prefer social settings wherein pretty much nobody talks. That said, if you want your chatty friend to give it a rest, give him a few hits of this!

BBK induces some serious munchies, so it's worthwhile to have some healthy snacks on hand. It's a convenient choice if you've been invited to dinner by someone of questionable cooking skills. It's also a good opportunity to eat the snacks you don't really like but don't want to see go to waste, because on BBK, you will love them!

A nice joint of Blackberry Kush is the perfect late-night smoke. It has a mysterious way of channeling the Earth Mother, who rises like a goddess through the smoke and kisses your eyes and strokes your head, soothing you into perfect, dreamy contentment. And this mollifying strain is the ideal lullaby when your sweetie is not within easy snuggle distance. Most indicas will do a good job of putting you to sleep. But something about Blackberry Kush lulls you to la-la-land in a more luxurious way than other strains in its class. Blackberry Kush sends you drifting through a starry sky, under a full moon, on a bright, white, fluffy cloud. And you won't wake up feeling like you just smoked a heavy indica the night before. There is something peaceful and refreshing about waking up renewed the morning after Blackberry Kush.

The grow: Blackberry Kush clones easily, but can be tricky to veg properly. Once in the veg state, it shoots out several branches that must be clipped down to a few strong, viable ones to prevent a cluster of little buds, and to allow the plant to take shape. From there, this short, stocky plant wants to flower almost immediately. Keeping it on a 24-hour light cycle while vegging will counteract this.

Even in the veg state, BBK is so excited to mate that it can start to produce resin crystals on the branches and all over its gorgeous, dark purple and burgundy leaves. Frost accelerates upon flowering, and an array of beautiful color blossoms soon after -- pinkish purples darkening to deep burgundy, all covered in sparkly white frost. (It's not likely to become deep purple even with good fading and cold temperatures.) BBK has a relatively short flowering period of 55 days. Its compact but fluffy nugs, coupled with its absence of colas, mean you'll be lucky to find this boutique strain in commercial markets.

Blackberry Kush is a must for any well-rounded head stash. The buds are so beautiful you might have a hard time deciding whether to actually smoke them or just stare at them with your friends. Serving so many diverse functions, BBK is the perfect strain to keep on hand. And being so divine to look at and delicious to taste, it is sure to become one of your new favorites.
Posted by dragonfly de la luz at 3:05 PM 1 comment:

...sparkles like dank little diamonds...
BBK has a mysterious way of channeling the Earth Mother, who rises like a goddess through the smoke and kisses your eyes and strokes your head, soothing you into perfect, dreamy contentment...